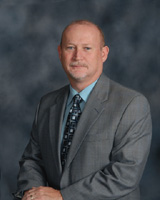 Dr. Mark Mucklow became pastor of First Southern Baptist Church on October 10, 1993. Born and raised in a Christian home in Atlanta, Georgia, Mark is the youngest of four children. He became a Christian at the age of twelve and felt God’s call to a ministerial vocation during his junior year of college at Georgia State University. He completed his education at Georgia State (B.A., Business Administration, 1982) and Southwestern Baptist Theological Seminary (M.Div., 1987, D. Min., 2000).

Brother Mark has served God as a Sunday school teacher, church recreation director, youth minister, and pastor of his now third church. Mark was commissioned as a Chaplain in the U. S. Army Reserve (1988) served in Operation Dessert Storm and is also a chaplain for the Arizona Disaster Relief Team. He has been a adjunct professor at Grand Canyon University and Gateway Baptist Theological Seminary (Arizona Campus). He serves on the Board of Trustees for Arizona Baptist Children’s Services and Southwestern Baptist Theological Seminary in Fort Worth, Texas.

Brother Mark met his wife, Tricia, while pastoring in Lawton, Oklahoma they married and have four grown children: Abigail, Caleb, Elizabeth, and Joel. Pastor Mark enjoys several hobbies and activities. Tricia is a CPA turned homemaker turned Administrator at Northwest Christian School and is currently playing keyboard for our worship services and enjoys singing in the choir. 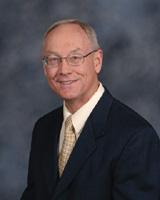 Steven French joined our staff as Minister of Education/Administration on December 4, 2000; being called by God out of the secular workplace and ordained into the gospel ministry by our church. Steve was born and raised in a Southern Baptist home in Dumas, Texas. He accepted Jesus Christ as his personal Savior and was baptized as a boy. Steve graduated from Rice University with a Bachelor of Science degree in Electrical Engineering and from Golden Gate Baptist Theological Seminary with a Master of Divinity degree. He had a successful twenty-three-year career in aerospace engineering with Lockheed Martin before accepting God’s call to full time Christian ministry.

Steve met his wife, Vickie while living in Chandler, Arizona. They have raised four children to adulthood: Matthew, Bradley, Sarah, and Jeremy. Steve enjoys working on large projects around the house and in-depth Bible study. In 2008 Vickie started working for “Raising Special Kids” an organization that helps families of children with disabilities and special health care needs in Arizona. Vickie semi-retired in 2019 and is working part-time as Raising Special Kids Technical Assistance Administrator.

Darek Millsaps joined our staff as part-time Minister of Music in January of 1993. Nearly a Phoenix native, he was born in Nashville, Tennessee but his family—including an older brother—moved to the valley in 1971. He accepted Christ as a 9-year-old and sensed God’s call to a Christian music vocation at the age of 19. Darek is a graduate of Grand Canyon University (Bachelor of Music with emphasis in vocal performance, 1994).

Darek has been serving God in part-time Minister of Worship positions since 1990. He was ordained at our church to the Gospel of Ministry in 1996. He also currently works full-time as a private investigator for Kolb, Stewart and Associates.

Darek was married to Melissa for 25 years before she went to be with our Lord as the result of a malignancy. In 2020, he married Christine, who currently works in the administration office at Faith Christian School in Mesa. She brought three adult children into his life, Chandler, Brannon and Grace. Darek and Christine enjoy serving together in the Worship and Music ministry. 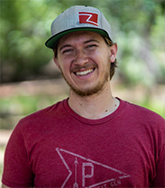 Andrew Marchbanks has been a member of FSBCG since he was a young child, and in 2019 he graduated from Grand Canyon University, majoring in Business with a minor in Biblical Studies. Andrew is attending seminary at Gateway Baptist Theological Seminary.

Andrew oversees all youth and collegiate ministry activities. He also plays in the church worship orchestra, as well as assists with leadership in Christian Challenge at Glendale Community College and Arizona Christian University. Andrew married his wife, Caitlin, in March 2020. 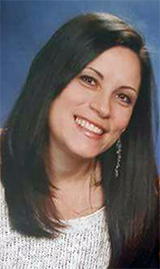 Jessika Moreno became a member of First Glendale in 1996. She currently serves the Lord as the Director of Children’s Ministries and has previously served the Lord as a Sunday School Teacher, choir member, finance committee member, a counselor at youth camp, and as a counselor at children’s camp. Jessika has been married to Daniel Moreno since 2011 and they have two boys named Lincoln and Elijah. 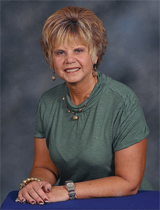 Laura Ames joined the staff in 2014 as part-time Publications Secretary. She is very active in the adult choir and music program.

Caitlin Marchbanks has been a member at FSBCG since January, 2019 when she came on staff, and is currently studying online at Arizona Christian University for her Bachelor’s in behavior health. She is a full-time campus missionary working for the church in partnership with Christian Challenge to reach students with the Gospel at Glendale Community College. Caitlin also helps run the college ministry at the church with her husband, Andrew.